"Off-season" is referred to the time during which an athlete is not training or competing. Usually, it is talking about baseball players. Dr. Mike Israetel shared during the Hypertrophy seminar in Hong Kong.

I hate people using this term to let themselves eating crap foods when they don't want to do strict dieting. They, basically, eat whatever they want and allow themselves to gain as much as body fat as possible.

If we look at the Pro-bodybuilders, they don't allow themselves to gain more than 10-12% body fat after the competitions. They understand that they can put on serious muscle mass if their body fat is low.

I know some people want to look BIG, but they are FAT. To me, I prefer BIG, MUSCULAR & STRONG.

I remember that when I was a member of Hong Kong National Rowing Team. We only took 4 weeks off after the competition season. During the period, we were encouraged to do some activities except from rowing. I did cycling and running instead to keep my body moving. Of course, I still went to the gym.

To every athlete, honestly, winter was the crucial moment. Whether we won or lost in the last season, it's already over. We needed to prepare for the next season. If we didn't put extra effort during winter, we were preparing to lose in the coming season.

If you know me well, you know I never stop training, I never allow myself get fat. I just hate being fat or unfit. I hate LOSING. I train every single day.

When do I take time off? Sometimes when I am travelling, or my son gets sick, or something happens. My body needs to move every day. I don't repeat the same thing every day. I have my own program depends on my short-term goal.

Dr. Mike gave an interesting example: aliens destroyed the cities (from movie Pacific Rim) and it left. But the thing is that it will be back. The cities cannot have any "Off-season", they are preparing for the next battle with the aliens.

Similar situation to the navy seal, police officers and the firemen, they never have the "Off-season". They are training all the time to prepare the unexpected situation.

Besides, coaches don't put "Off-season"into the periodization. You may see the terms of the cutting phase, gain phase, intensification, accumulation...

I think we need to redefine the term of "Off season" from now.

Are you still giving an excuse to yourself to be unhealthy, unfit, fat and weak?

How To Get A Beach Body FAST For Men 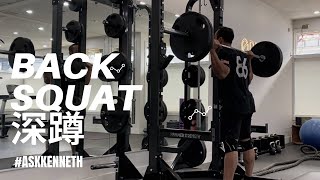 How To Squat with Proper Techniques with WNBF pro 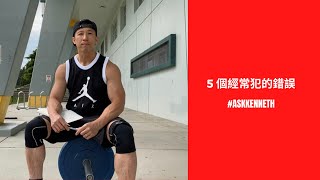